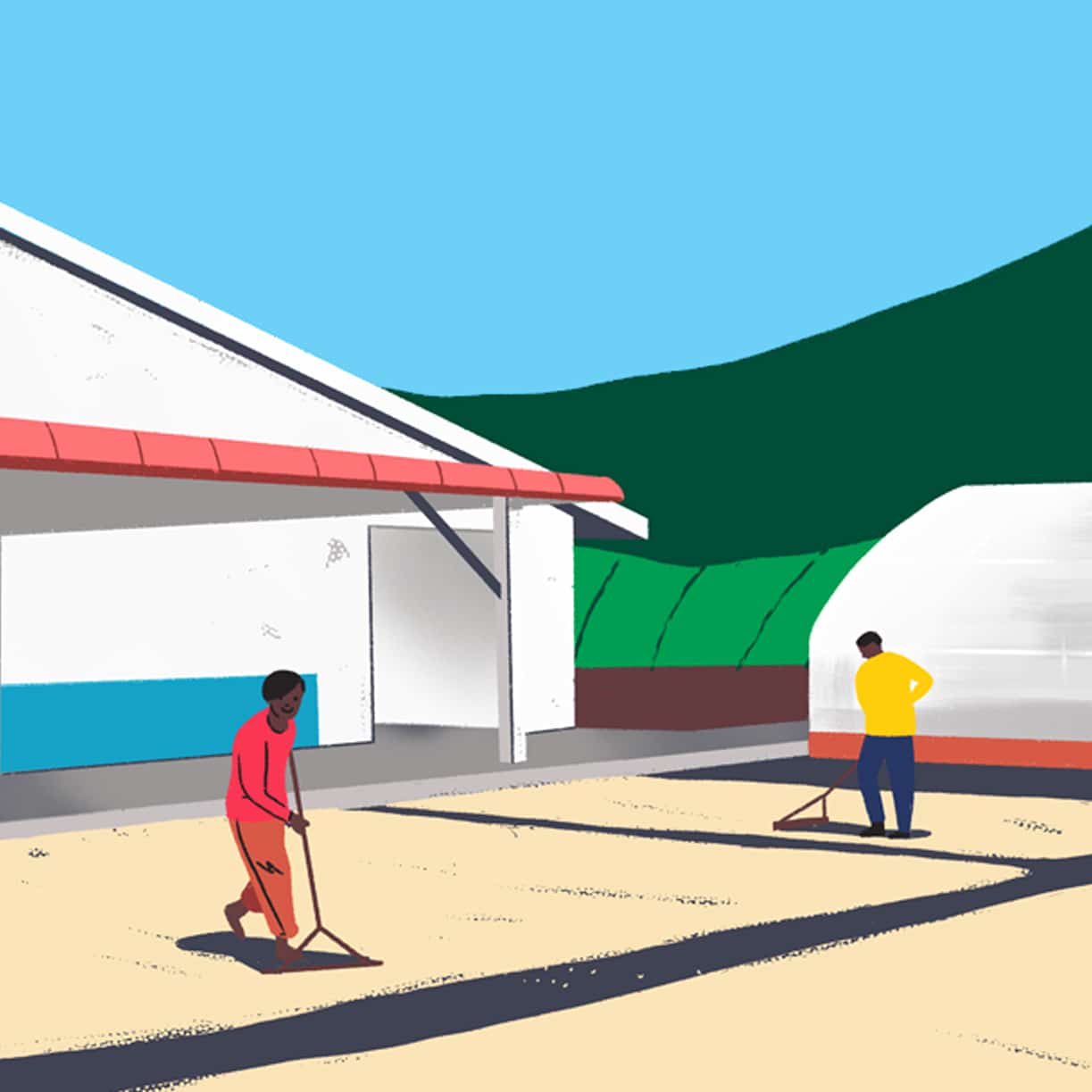 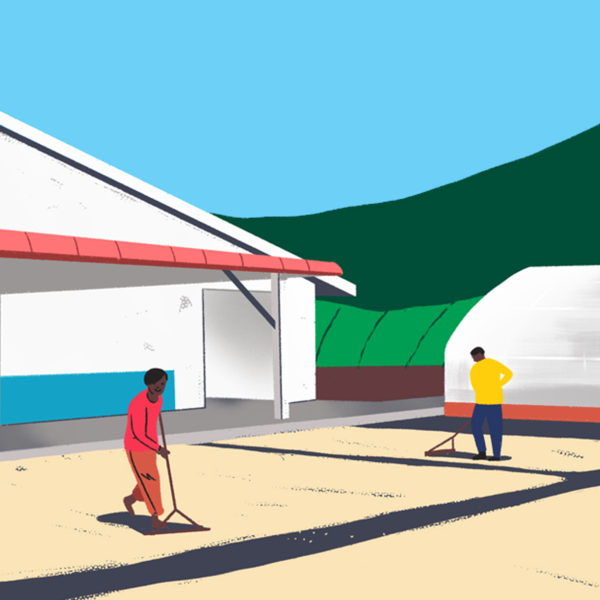 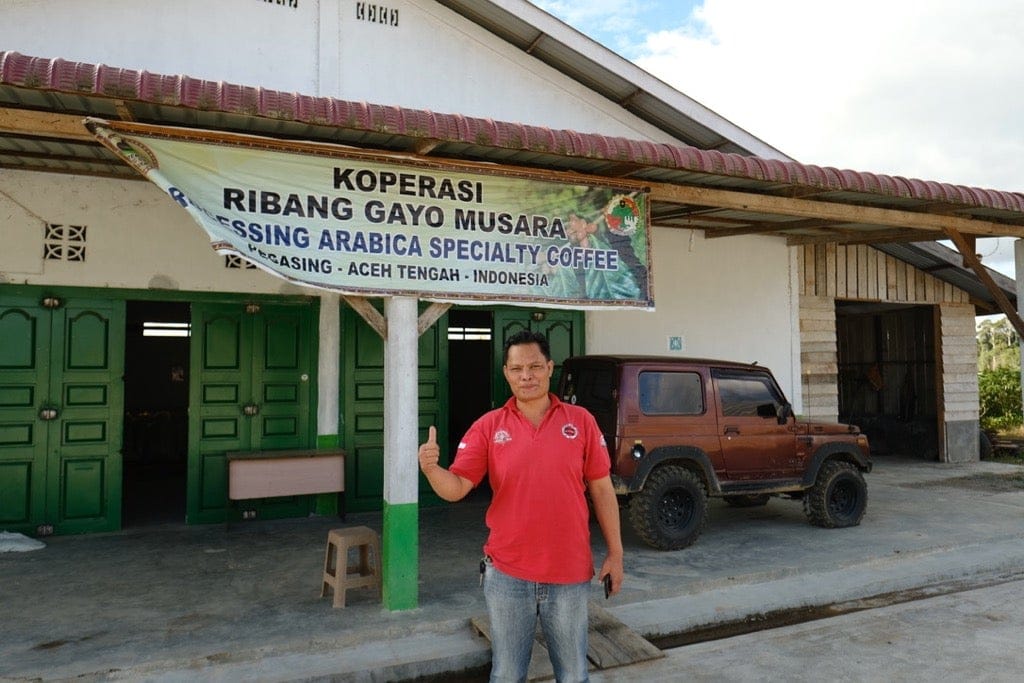 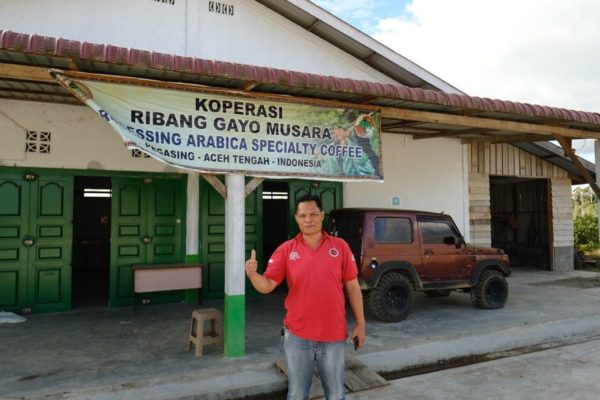 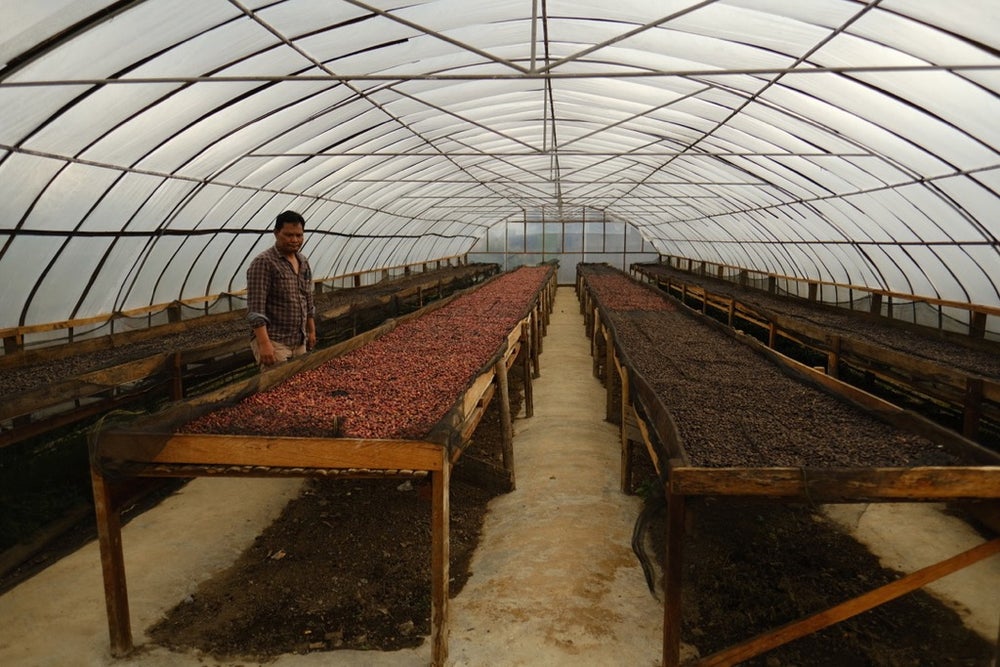 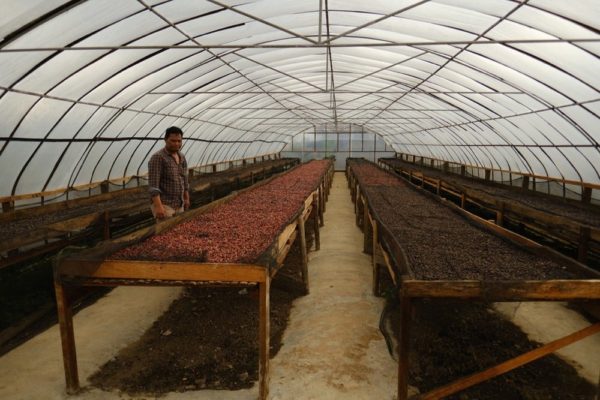 Asman Arianto is originally from Palembang, South Sumatra but has been living and working in Aceh Tengah since 1998. Most of the farmers in Aceh Tengah are migrants. Many of them were evacuated from Sinabung Berastagi in North Sumatra after the long-dormant volcano became continuously active again in 2013.

Asman sold various items during the time he lived in Palembang, but he was interested in coffee production. So, when he arrived in Aceh, Asman entered the coffee industry and began collecting and processing wet-hulled coffee. He soon switched to collecting cherry and processing as Fully washed, Honey or Natural.

He decided he wanted to build a cooperative to unite coffee farmers. In 2018, Asman formed the Ribang Gayo Musara Cooperative. His goal is to offer competitive prices that can help farmers reinvest in their farms and their families. The cooperative currently has over 350 members who deliver cherry to their processing facility in Pantan Musara.

The benefits for cooperative members are threefold. First, they get higher prices for their cherry when they sell to the cooperative. Second, as cooperative members, they receive end-of-season ‘second payment’ premiums that share a portion of profits earned for higher-quality lots. In 2019, that premium was 500 Rupiah per kilogram. Finally, the cooperative provides training and outreach for farmers in everything from cultivation to processing.