We can now officially say that half of 2022 is well and truly behind us… and what a 6 months it’s “bean”!

I thought a little round up of everything would be a perfect start to the rest of the year.

January was the month we celebrated Tom, our head roaster and mastermind behind all the business’s artwork. His ten year anniversary with Butterworth and Son crept up on us fast and is a true testament to “time flies”… I can’t even begin to imagine how many kilos of beans have been roasted by Tom.

In February Rob made his way across the ocean to Guatemala where he paid a visit to a couple of our favourite producers. Producers that have been integral parts in our consistent stock of quality beans. Plus, who wouldn’t want to visit South America during the end of the cold English weather.

March and April was full of the London Coffee festival buzz. The excitement in the lead up to it was tangible, and the continued celebration afterwards was something true to the coffee industry. Butterworth and Son were nominated along with a bunch of other incredible names in the industry for all round best roaster award. To be placed up against such players in the game was a real honor. 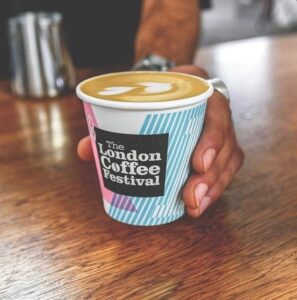 The festival was as caffeinated as expected and the weather ensured everyone brewed with a smile on their face.

When May came round we thought the nicest thing we could do for you lot was to upgrade our subscription offerings. We know how hard it is to make a decision when stuck for choices, so our new surprise subscriptions catered to your specific brews take away that decision for you: we choose your bean and it’s never a disappointment.

Finally it was June and the queens jubilee was celebrated in full swing, in classic English style. Pub gardens were overflowing, tea was on every table and cake was lining the stomach of every person in town.
At the end of the Month, Rob picked up his suitcase once more and journeyed to Peru, where he currently remains and continues to update us on the socials. Not sure about you but I think Rob has a very promising career in presenting!

That’s it you lot, half way through and closer to Christmas 2022 that we are to Christmas 2021. Wild.
Keep brewing and stay caffeinated, because we have another crazy 6 months ahead.